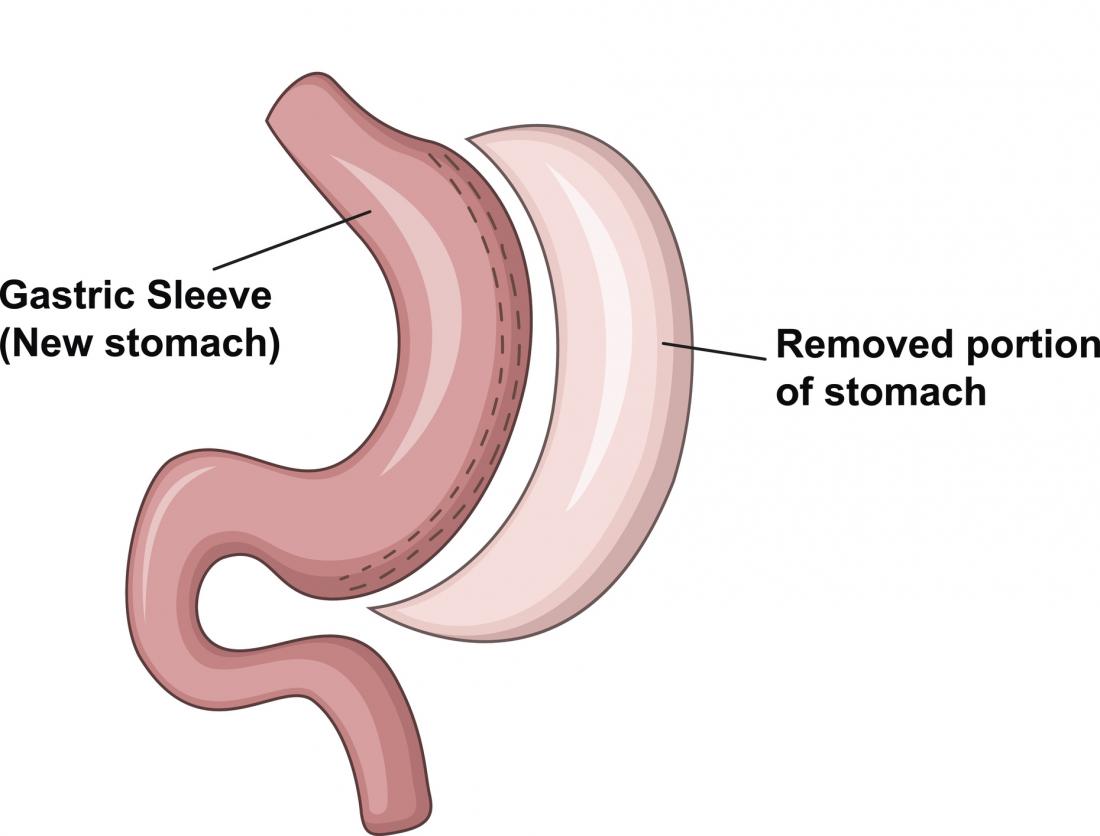 In about a week, I will be starting the surgery prep: a liquid diet and going off my psoriatic arthritis medications.  Following the surgery, I’ll have local anesthetic at the site of the laparoscopic openings and the stomach, but that’s about it.

I won’t be able to take my arthritis meds again until about 4 weeks after surgery. This means it will likely take another 3 months for those to kick in. I’m going to be in pain, and neither steroids nor NSAIDs are going to be options.

Ew, and Ow. Why Get So Graphic?

I’m talking about it this way – and in this format – because I’m pretty sure that I’m going to fall off the radar for the rest of 2019.

While a lot of people I’ve known have had smooth sailing following their surgeries, the 6 weeks without meds is going to set me back in terms of my joint pain. Hopefully, the weight loss itself will help with that (more on that later). But I know that it takes months for me to get relief from the medications for my arthritis, and in order to heal from the surgery and prevent infection, I have to pause them for this time.

There is a misconception that these surgeries are “the easy way” to lose weight. I want to be perfectly clear that this is going to be anything but easy.

Why Make A Big Announcement?

My main reason why I’ve decided to be really honest about this choice is because I feel ashamed about it. And I know that the best way to dispel shame is to talk about it openly. Obesity is a shameful topic in our culture. It’s a thing talked about in whispers, and it’s tied to laziness, bad morals and all sorts of other stuff thanks to social darwinism and averages. The fallacy that with self-control, diet and exercise every person can be healthy and trim is still the accepted narrative.  Hell, the wildly inaccurate BMI is still used, even when it’s known to be deeply flawed.

All of these things make it really hard to talk about weight, not to mention all of the emotions wrapped up in the experience of a body of a certain size.

Paired with the dispelling of shame, I’d also like to just go ahead and have the conversation now, because it’s going to be pretty damned obvious. My goal is to lose 100 lbs by the end of 2020. It’s going to be visible.

Why Am I Getting Bariatric Surgery

Physicians have a hard time talking about weight with patients. Partially, it’s because of all of the shame and emotions that we have tangled up with it. We often come out swinging. Sometimes, it is because the doctor can’t see past weight to the patient’s real problem, which undermines trust, and is frankly the experience that makes us come out swinging with another doctor later on.  Either way, I’ve had doctors broach the subject of surgery twice in the past few years, and in both cases, I shut it down. Immediately. Completely.  End of discussion.

Because I didn’t want to do anything that drastic. Because, before the arthritis, I was sure diet and exercise would eventually do the trick.  Because I didn’t entirely understand how the surgery works.

Since the arthritis flared in January 2017, I’ve gained 60 lbs that won’t budge.  With the inflammation and the fat, I’ve been put on blood pressure meds, a statin, and an antidepressant, in addition to the 4 medicines I take for the arthritis itself.  I hadn’t realized that I’d used exercise as my antidepressant until I couldn’t do it anymore.  I’d already been taking metformin for insulin resistance for years – trying desperately to stave off all of the “metabolic syndrome” problems like diabetes and heart disease.

Last November, I had a problem with a cardiac arrhythmia – an electrical problem in my heart. I’ve since had an ablation procedure and have been released into the wild as fully recovered. However, for one really awful half hour on a red eye plane from LAX to ATL, I had all of the sensations of a heart attack. They went away, and I got better. Arrhythmias are weird. But for about thirty minutes I had the experience of a cardiac event.

My meds, my personal stress levels, and my weight made me a heart attack waiting to happen, and I knew from the way I felt at 4 AM over Arkansas that I never wanted to go down that road again if I could prevent it. Losing weight was the only way I was going to be able to prevent it.  “Drastic” suddenly seemed like a situation-appropriate response.

If you know me, you know I’m kind of understating when I say I’m literate in terms of finding and consuming health information online.  You also know it’s not out of character that the next phase of this process was a series of research routes.

This Vox article “We’re barely using the best tool to fight obesity” was one of the first that I read. It had a lot of research and a lot of quotes that made me both aware of the risks and the potential rewards of the surgery.

“But why go through an elective, drastic surgery if it was only going to help some of my health situation, especially when the arthritis was the reason I was so sedentary to begin with?”  Clearly, I was still on the fence.

I learned that in a series of studies, bariatric surgery has had amazing outcomes for easing the symptoms and flares of rheumatoid arthritis. (Psoriatic arthritis – the kind I have – is similar enough to RA that we can assume some of this will translate over.  My arthritis affects both skin and joints, and different joints swell up than those with RA, but the overall trigger profile and prognosis is very similar.)  My rheumatologist is as interested in me getting this surgery as my cardiologist is.  Weight loss will not only increase the likelihood of remission, it will also allow us to decrease the amount of medication I’m taking – and therefore side effects.

What I learned as I got all of my various medical specialists on board with this plan was that fat is pro-inflammation. The more fat you have, the inflammation it grabs and hangs onto.  The more inflammation my fat is holding, the worse I feel. Hey, then I have a flare and need steroids. That make me gain weight.  Or I just have a mediocre day and don’t move enough. Which makes my weight stay exactly where it is.  It’s a really fancy catch-22 dance between my fat and my arthritis just trying to one-up one another.

By this point, every one of my doctors had given an enthusiastic and excited “YES” to my plan for surgery. I started the six months of counseling and nutritionist appointments. I started learning about the long-term changes I’d be making – choices that would follow me for the rest of my life.

One of the things that I learned along the way was something I already knew. I don’t eat a lot. I don’t eat badly. And I don’t make bad food choices. My eating habits have nothing to do with this situation.  I have known this since about 2007 when I went to a nutritionist who sent me to an endocrinologist to test for insulin resistance.

Insulin resistance / prediabetes is fun stuff. It basically means that when you have glucose in your blood stream, your pancreas produces insulin to be the tiny escort of the blood glucose into the cells for metabolism. When insulin resistance is there, neither the insulin nor the glucose can get into the cell, and they just have to hang out in the blood stream like losers. The glucose gets turned into fat. The pancreas eventually gets really sick of this routine, and you have type 2 diabetes.  One other thing to know about this condition that turns your body into a fat-making machine –  it comes with a weight threshold – a “this high to ride this ride” sign. My threshold is right around 165-170 lbs. If I go over that, I gain 50-60 lbs in a month. If I stay under it, I can maintain and lose and whatever like a normal person.

All of this is important because this is how I determined my goal weight. Not BMI. Not dress size. Not some arbitrary number. I want to get and stay below my insulin resistance threshold weight.

Amusingly, my dietary habits won’t change much except for big family dinners and desserts on celebration days.  But still convinced that diet and exercise were the answer, I started googling why I couldn’t just follow the diet without the surgery – what was the difference?

Welp! Turns out that with the removal of the stomach tissues, there is a huge shift in hormones – because those tissues are the ones that produce leptin and other hunger / satiation cues.  FURTHER there is no plateau until about a year following surgery. So you have a chance to burn the fat fast and hot for about a year. Then you maintain from there. Finally, I was convinced.

Here Are My Goals:

I’m not going to post before and after photos, because any change in my physical appearance isn’t the point. It’s a happy afterthought, at best.

I’m aware that none of these are particularly sexy, but I’m really looking forward to them.

6 thoughts on “Why I’m Getting Weight Loss Surgery – And Why I’m Talking About It.”